April marked a record 91st consecutive month of job gains while the unemployment rate dropped to 3.9%, the lowest since 2000. Economic output in the form of GDP is growing as well.  The Commerce Department reported that in the first quarter of 2018, Real GDP grew at an annualized rate of 2.3%—the best first quarter growth since 2015. Interest rates have been profoundly low until quite recently but higher interest rates are expected as GDP grows and large federal deficits begin to appear.

In Marin County, April’s real estate market began its seasonal up-tick with 196 homes sold during the month, an increase of 45% from March. However, compared with the same month last year, the number of sales were down 7%. The Average Sale Price also increased to $1,735,606, up 8% from March and 8% compared to April 2017. Luxury market sales in April were soft, with 17 homes sold above $3 million, compared with 27 homes sold in April of 2017. There was one notable sale of $10 million in Belvedere—the highest sale in the county year-to-date, Golden Gate Sotheby’s International Realty represented both the buyer and the seller in that transaction. The majority of sales continue to be homes in the $1-2 million range, with 110 sold in April. 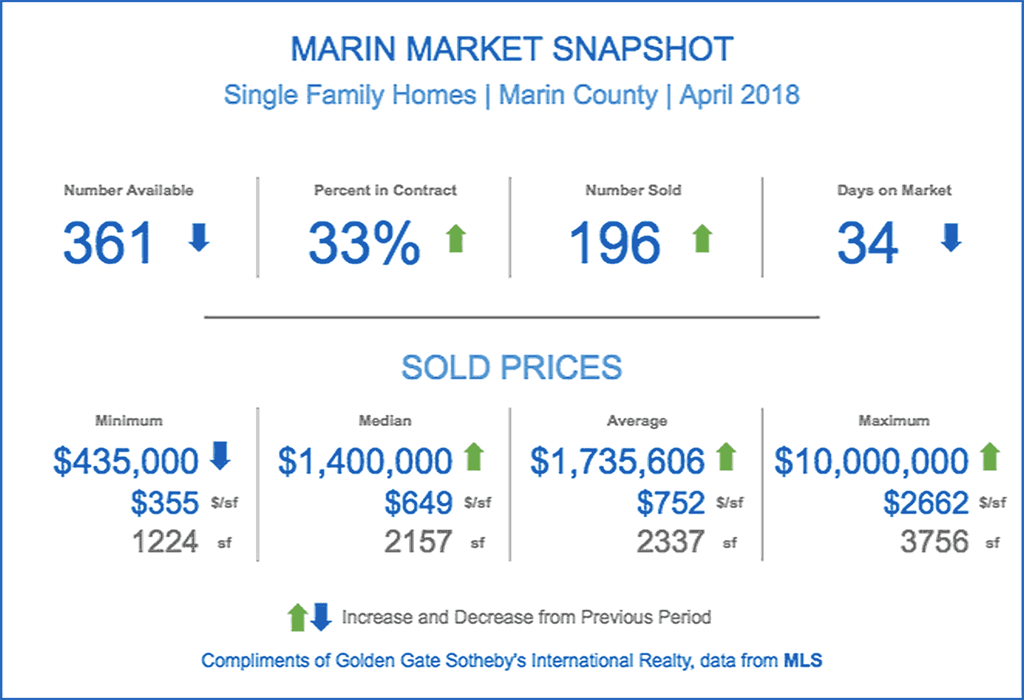 Sales in April were down 7% compared to the same month last year. The number of home sales in April was up 45% from last month, with a total of 196, as a result of anticipated seasonal increases in activity. 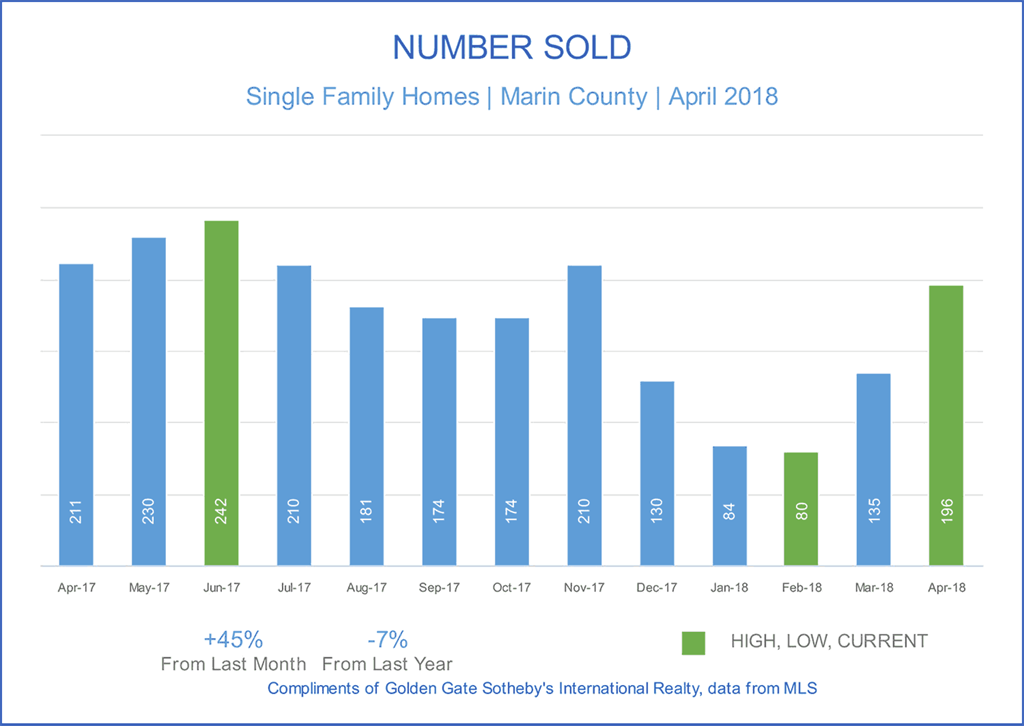 The Average Sale Price of Marin Single Family Homes was $1,735,606 in April, up 8% compared to March and up 8% compared to the same month last year. This represents the highest average price point over the last year and was buoyed by the sale of the $10,000,000 Belvedere estate. 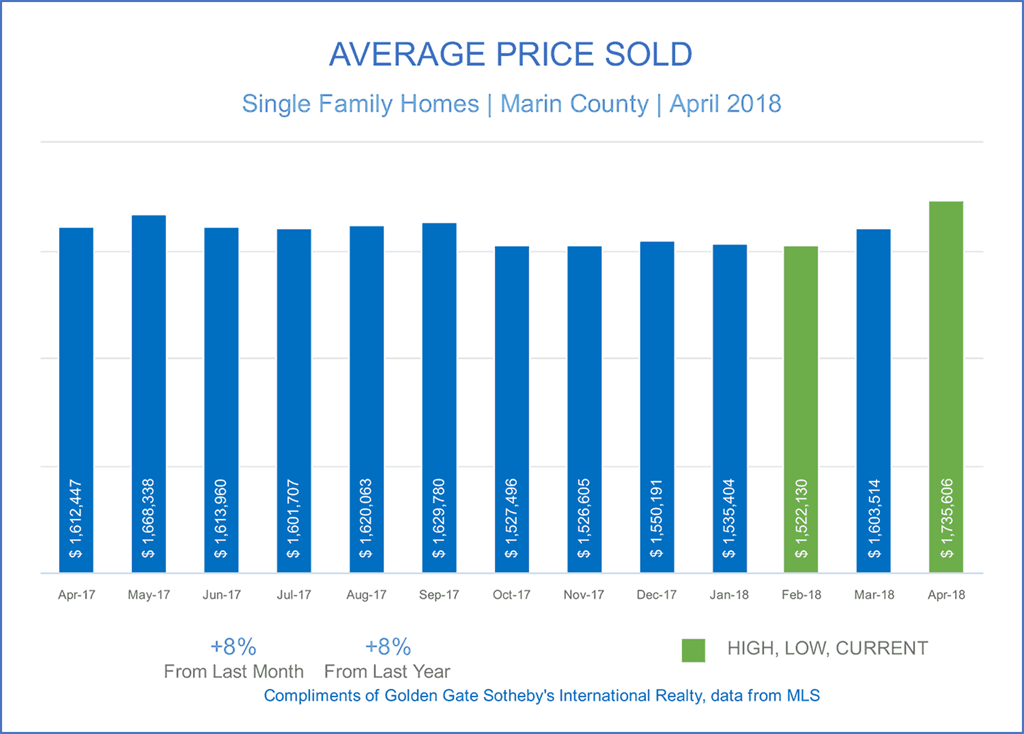 In Contract by Area 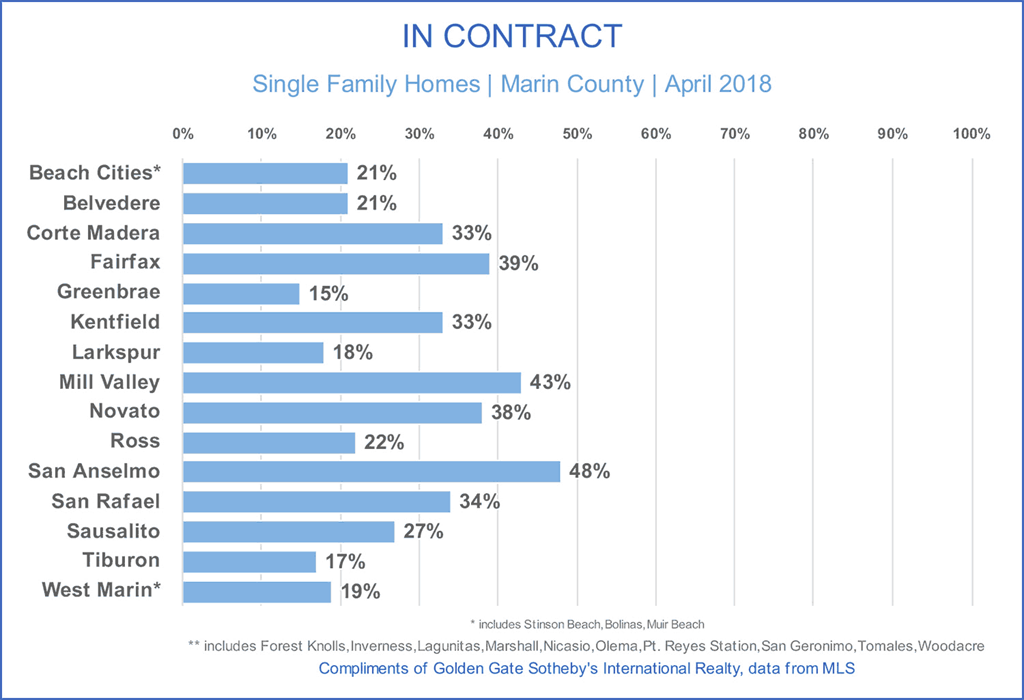 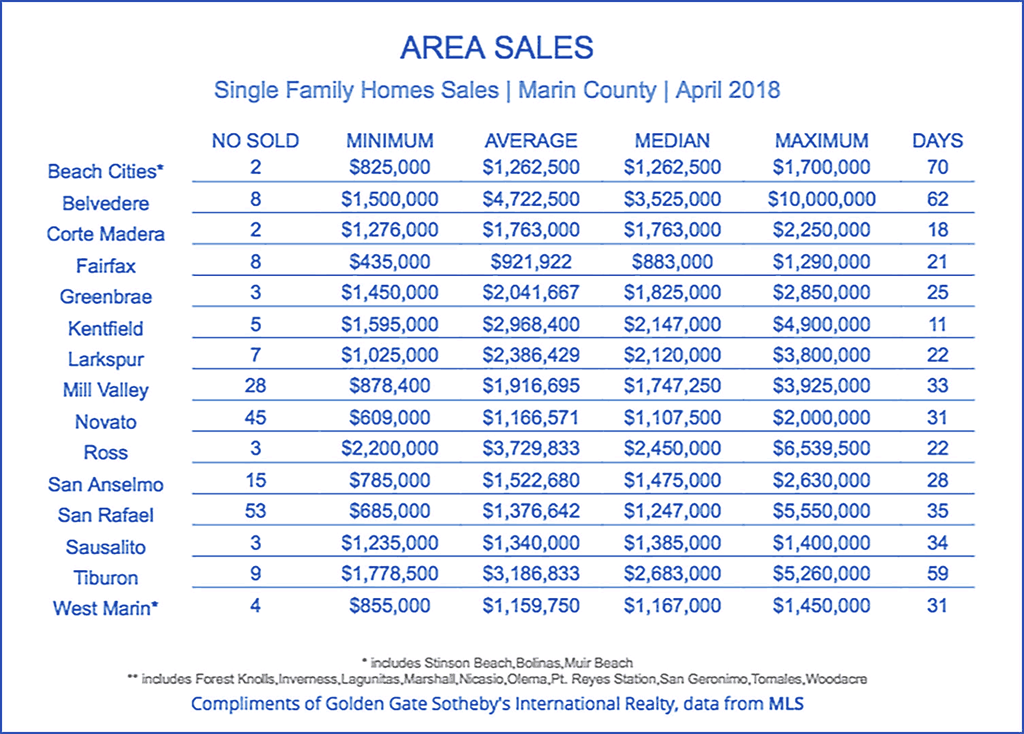